Mobile experience and testing have become highly sensitive to the performance of the apps. Even with a minor bug or malfunction encountered, users might uninstall the app and download a different app for the same purpose. Hence, efficient and exhaustive mobile app testing now is more important than ever. In this blog, we will talk about some basic technicalities that should be kept in mind, while testing a mobile app. 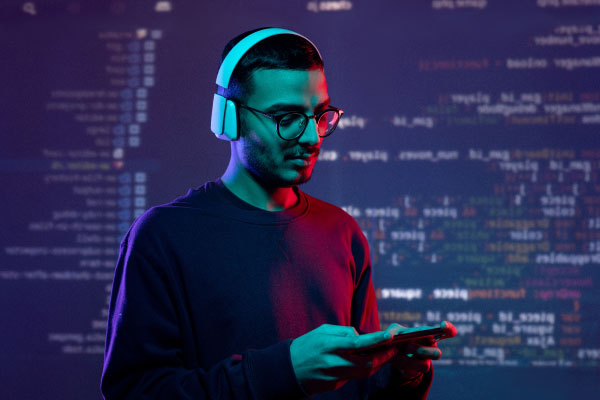 The performance of an app depends on a smartphone’s RAM, as some feature-rich apps may be able to perform as expected. Another critical aspect of mobile app testing is that a cross-platform app will perform differently on web and mobile devices. Therefore, keep in mind the latest as well as existing mobile features that will shape up the performance of an app.

Another aspect of mobile devices is the gamut of OSs and their versions available. It is however relatively easier for iPhone apps as Apple facilitates the unity of functionality and design, Android needs a little more effort. The latest version of Android OS is Android 12 but there are many devices out there that support 11, 10, and older versions. This has to be kept in mind while testing.

Apart from all their wonderful capabilities, smartphones are phones and phones tend to make and receive calls. Hence, it is quite possible for a user to receive a phone call unexpectedly. As an enterprise, one needs to make sure that an app doesn’t shut abruptly and only pauses while the priority action is being addressed by the user.

Another feature that’s common in most smartphones is automatic screen rotation. Users expect some apps to automatically adapt to a screen if we twist and turn it. An app should continue working if the screen rotates and it should automatically roll back to its default size once we turn the screen back.

Bluetooth and NFC interactions with other devices

One more important thing to remember about mobile devices is that they often use Bluetooth or NFC to interact with other devices. So if you design an app that’s intended to manage a third-party device via Bluetooth, you’ll need to test how well the interaction goes and what kind of issues might arise along the way.

A mobile app often functions in a restricted-access sandbox due to the privacy reasons of users. Therefore an app needs to ask for permissions to access some critical mobile resources needed for the functioning of the app. Often, QA teams overlook some permissions. For instance, while working on a messenger, access to storage might be set to no and this would block sharing of files over the app. QA teams need to do exhaustive research on test cases involving permissions.

A separate mobile app testing type that needs to be mentioned is testing the app’s performance when the device’s memory is full. In this case, the system will provide a limited amount of memory to the app and this might lead to certain issues, like time-out errors or app crashes. A QA engineer must make sure an app does not stop functioning if the device’s memory is full and he should test all the possible options of data processing in such a case.

An app’s true performance is measured in a high-traffic environment rather than a low-traffic environment where most apps work fine. One common mistake that QA teams are prone to make is not testing the app at higher and lower speeds than normal. Sometimes, an app performs great in normal conditions but displays horrible performance if the traffic slows down. This is unacceptable and should be taken into consideration during testing.

Mobile app testing can at times be a challenging endeavor as there are intricacies that might be neglected given their boundless numbers. When testing a mobile app, it is highly advisable to take an expert opinion and get in touch with a mobile app testing services company.

← Benefits And Features of A Payroll Management App
Where is Machine Learning Headed in The Year 2022? →