As the internet proliferation increases and the cost of chips and hardware reduces to be within easy reach, new avenues are surfacing to make smart cities smarter. Rapid urbanization is also driving the need to find new solutions to persistent problems. Near Field Communication is coming up as a novel Information Communication Technology approach, which is giving rise to smart collaborative ecosystems, where security is stronger than contemporary chip and pin based protocols. 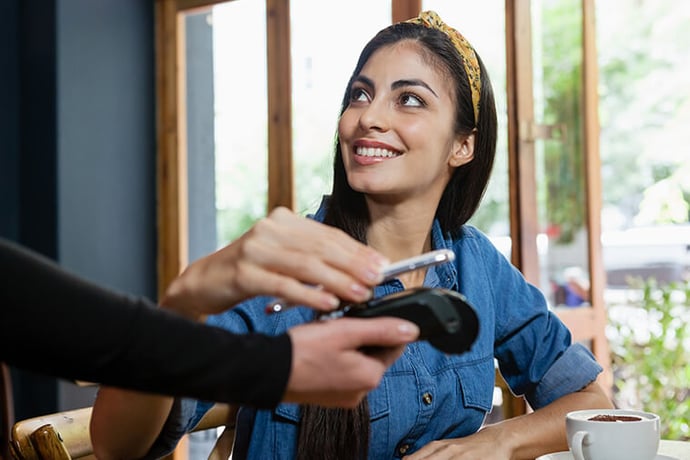 What is Near Field Communication? How can it be used?

Near Field Communication or NFC is a communication protocol that allows two electronic devices to communicate with each other when brought within proximity of 4.0 to 5.0 cms.

NFC-powered Automatic Fare Collection or Automated Fare Collection (AFC) system is a most recent NFC use case. NFC-enabled smartphone devices are used just like smart cards that allow users to make tap-and-go payments or use them as ticketing media at AFC readers. It is one of the smartest modes of payments that allows mobile and contactless ticketing and payments.

The technology enables a user to purchase an e-ticket using his epurse or any other epayment mode such as credit card. This activates or refills the NFC tags in the smartphone device. When in close contact with a NFC ticket reader, the NFC tag in the smartphone shakes hands with the reader using radio frequency in a highly secure environment. It then deducts and transfers the fare amount of the e-ticket from its bucket to the reader’s bucket thus entitling the user with an authorized and safe journey.

The communication mode is very similar to Bluetooth, with which we all are familiar.

Difference between NFC and Bluetooth

Both set of technologies have their own use. Bluetooth is used over longer distances, typically 10.0 to 100.0 mtrs. NFC works only at very short distances. This inherent nuance of NFC very well serves use cases such as contactless payment and triggering smart alerts.

Bluetooth has higher speed as compared to NFC; that is to say NFC is slower in comparison. This aspect of NFC helps to transfer small data packets such as monetary transfer. The speed is just enough to make a small data transfer.

Bluetooth needs a powerful radio signal and more power. NFC uses less power from the device thus ‘being on’ at all times with miniscule power consumption. NFC cannot transfer data continuously thereby serving the design and its purpose of making monetary transactions or sending short signals to trigger a particular event.

Bluetooth requires many steps for a secure handshake. With NFC, a short distance communication between two valid devices is just enough to establish a safe and secure connection.

NFC is highly effective where tap and go transactions are required OR a short contact is necessary to trigger the next action.

NFC helps in quick settlement of ticket fare thus doubling up smart phones as ticketing media. It displaces the requirement of smart cards, carrying around plastic money, and remembering security PINs. It thus accounts for faster and secure payments.

With an effective use of the NFC technology smart alerts can be sent to a central monitoring system to implement corrective and preventive measures.

Technology potential of the NFC technology

According to Allied Market Research, NFC is going to reach a mark of $24 billion by 2020. USA occupies the largest market share and tops the NFC market followed by Europe and then Asia Pacific. As the need for smart collaborative spaces increases and connected infrastructure flourishes, the NFC adoption scale will increase in a direct proportion. The growing trend of cashless transactions is further driving the embedding of NFC chips in smartphones and tablets. This phenomenon is bringing forth multitasking devices, which are further foraying into sectors such as retail, residential & commercial, automotive, healthcare, banking & finance, etc.

NFC is making headways in different sectors, predominantly transport related AFC systems, over-the-counter payments, contactless and mobile payments, and managing smart ecosystems. It not only helps in regulating footfall, making secure tap-and-go payments, and driving connected ecosystems but also facilitates the building of the infrastructure for a smart city. The tremendous potential of the NFC technology is also being put to good use in niche marketing and advertising fields in all sectors.